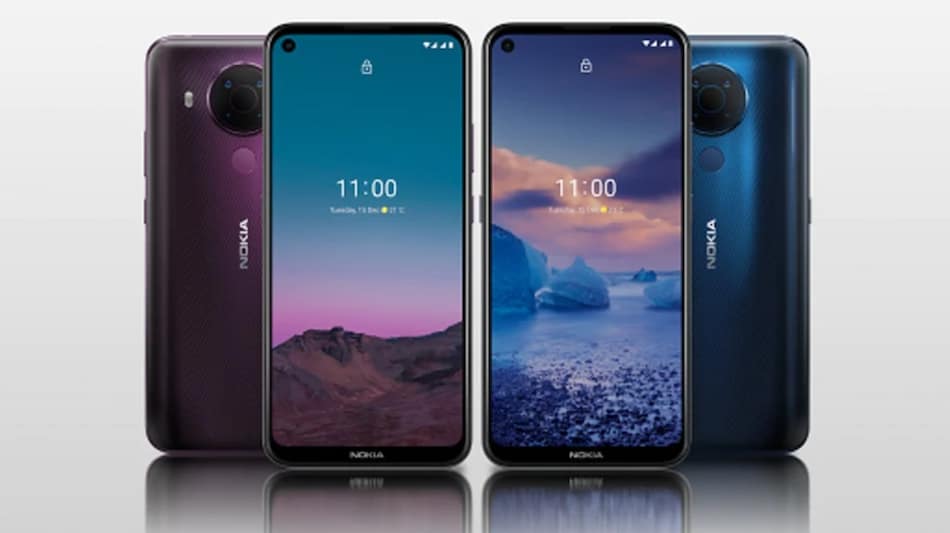 Nokia 5.4 was launched in Europe in December

Nokia 5.4 has got an update that fixes issues related to camera and brings improvements in audio as well as stability, as per a report. Launched with quad rear cameras in December, the smartphone has received two updates in the interim. The smartphone features a hole-punch display design, and comes with built-in OZO spatial audio support, along with wind noise cancellation for enhanced video recordings. The OZO spatial audio has got tweaks, and wind noise cancellation option is added in cinema mode.

According to a report by NokiaMob, Nokia 5.4 is getting an update named Android 10 v1.150 that brings improvements and fixes in the phone’s camera department. One of the most important fixes is autofocus while shooting videos. As per the report, the autofocus performance while recording videos was finicky and unreliable, and now the problem seems to have been addressed. Other camera-related improvements are in HDR photos that reportedly have a better exposure now.

The 221MB update, which also brings the January security patch, also adds improvement to OZO audio. There is a new wind noise cancellation option as well as real time adjustments to settings in the cinema mode of the Nokia 5.4, the report says. Other than this, the update also improves the stability of the smartphone.

This is the second update for the Nokia smartphone since its launch. Previously, the phone received an update that brought the December security patch. It was launched in December in Europe and features up to 128GB of onboard storage paired with up to 6GB of RAM. The Nokia 5.4 is also touted to deliver two days of battery life on a single charge.

As far as specifications are concerned, the Nokia 5.4 features a 6.39-inch HD+ display, and under the hood, it comes with a Qualcomm Snapdragon 662 SoC. For photos and videos, the phone has a quad rear camera setup with a 48-megapixel primary sensor. There is a 16-megapixel selfie snapper. The phone packs a 4,000mAh battery.