Samsung Galaxy A12 5G case renders have surfaced online that suggest the existence of the new model. The renders hint at a waterdrop-style display notch as well as a quad rear camera setup on the new Samsung phone. The Samsung Galaxy A12 5G also appears to have some design similarities with the Galaxy A42 5G that debuted in September. Up until now, the rumour mill suggested the development of a 4G variant of the Galaxy A12. That model was said to have a MediaTek Helio P35 SoC and up to 64GB of onboard storage.

Tech leaks-focussed aggregation website SlashLeaks has listed some renders showing the purported Samsung Galaxy A12 5G case. The renders suggest that the phone would come with a waterdrop-style display notch and include a square-shaped camera module that appears to have four distinct camera sensors. The camera module also seems to sit alongside an LED flash.

The renders also suggest that the Samsung Galaxy A12 5G would come with a side-mounted fingerprint sensor and include 3.5mm headphone jack as well as a USB Type-C port at the bottom — along with a loudspeaker grille. 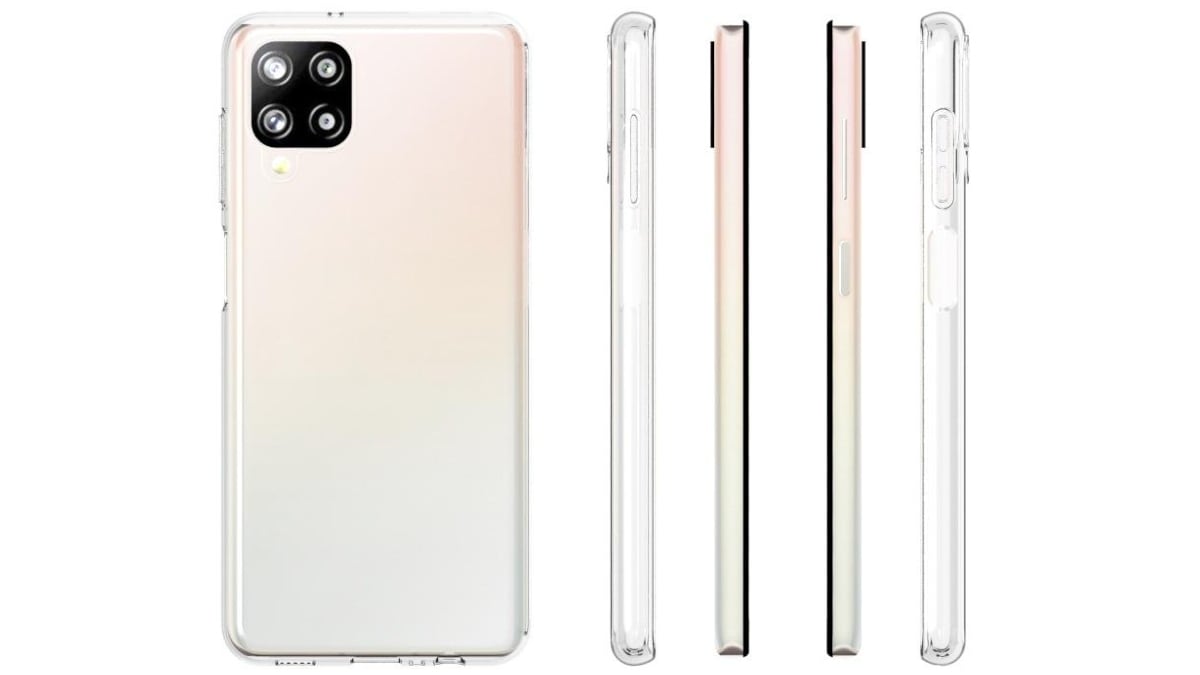 Samsung seems to have taken some of the aesthetics from the Galaxy A42 5G for designing the Galaxy A12 5G. The unannounced A12 5G also appears to have some design similarities with the rumoured Galaxy M12 that recently appeared online through some leaked renders.

That said, it is unclear whether there will be any changes in the 4G variant of the Galaxy A12 as far as the designing is concerned. The 4G variant is speculated to have a model number SM-A125F, and it recently surfaced on Samsung’s Russian website.

The Samsung Galaxy A12 with 4G support was also spotted on benchmark site Geekbench just last week. That listing suggested Android 10 and 3GB of RAM on the rumoured phone. The Galaxy A12 is also said to have 32GB and 64GB of onboard storage options and come with an LCD panel that could be identical to that of the Galaxy A11. The phone is also rumoured to have the same triple rear camera setup that featured on the Galaxy A11.