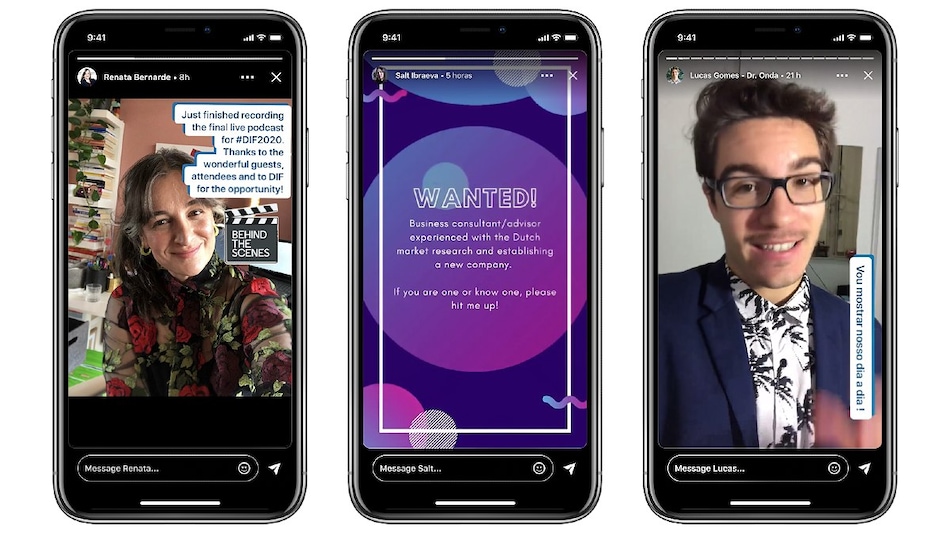 LinkedIn has introduced new features such as Stories, video calling integration, an improved search experience, and the ability to edit messages as part of a fresh redesign. There will soon be a dark mode option, too. Four years after its last major redesign, LinkedIn said it was introducing new features that would allow for easier navigation and a better user experience. The Microsoft-owned social networking platform has already rolled out some of the features to a few countries and plans to make the new features available globally over the next few months.

LinkedIn announced the new features via a blog post. It will now allow users to start a video call over Microsoft Teams, Zoom, or BlueJeans by Verizon directly from LinkedIn messages. LinkedIn said that it aims to make it easy to switch conversations from chat to face-to-face video calls. To use the feature, that will be launched soon, you’ll have to click on the video call option next to the text box where you type in a message. You can choose from the available apps for the video call, sign in, and share a link or schedule the meeting for later.

“This new LinkedIn experience is warmer and embodies our diverse, inclusive and trusted community. It is also simpler, more modern, and more intuitive, allowing for easier navigation and discovery,” the company said in another blog post.

LinkedIn Stories feature lets users share what’s happening in their professional life without worrying that the content would permanently be attached to their profiles, as the stories will last for 24 hours. This feature will only be rolling out to users in the Australia, Brazil, Canada, France, Netherlands, UAE, the US as of now, but will soon be expanded globally as well.

To post a story, users can touch the circle with their photo on the LinkedIn app (similar to the Stories feature on Instagram), and then click on the plus sign on the top left corner to open the camera. They can click a photo or record a video directly from the app or upload it from gallery (video can be of up to 20 seconds). Users can also choose to add text and stickers to accompany the Story. Just like Instagram, they can tag other users too.

Other notable features the Microsoft-owned platform introduced include the ability to edit and delete messages, react to a message or Story with an emoji, and select multiple conversations at a time to archive, delete, or mark them as read/unread. LinkedIn has also enhanced the way users can report inappropriate messages. You can also invite others to join an existing conversation, while keeping the original conversation history private.

LinkedIn announced that it would also be getting a streamlined search experience, making it easier to search for people, events, groups and content. There will also be a dark mode coming soon along with new illustrations that aim on being inclusive.