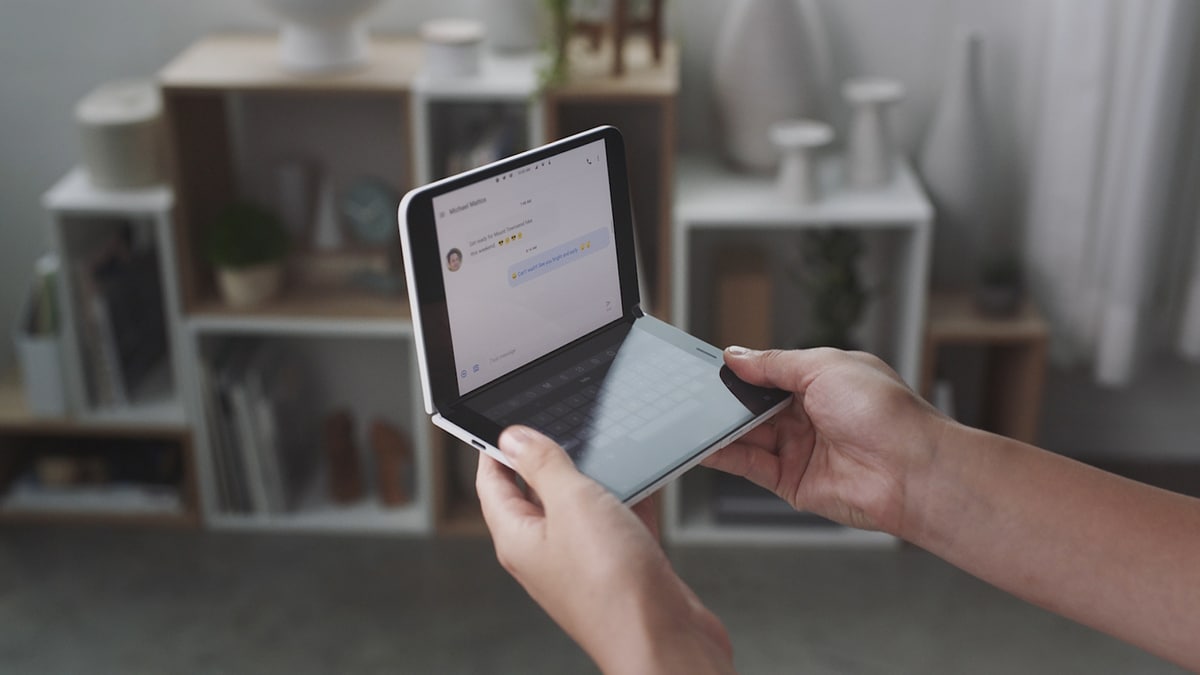 HIGHLIGHTS
JUMP TO
IN THIS ARTICLE

Microsoft on Wednesday unveiled new Surface devices with twin-screens that open like books, including a notepad-sized version that will put it back in the smartphone game next year. Surface Duo was touted as the first device in the lineup to fit into a pants pocket, with two “paper-thin” 5.6-inch screens that unfold and work in harmony with a specially tailored Android operating system.

Described as a “new category” of device, Duo can make telephone calls and run applications designed for Google-backed Android mobile software, which powers most of the world’s smartphones.

“You are going to talk about it as a phone, and I get that,” Microsoft chief product officer Panos Panay said at a Surface event in New York of Duo, which will be available late next year.

“You can text; you can write; you can do what you want, make no mistake this product is a Surface.”