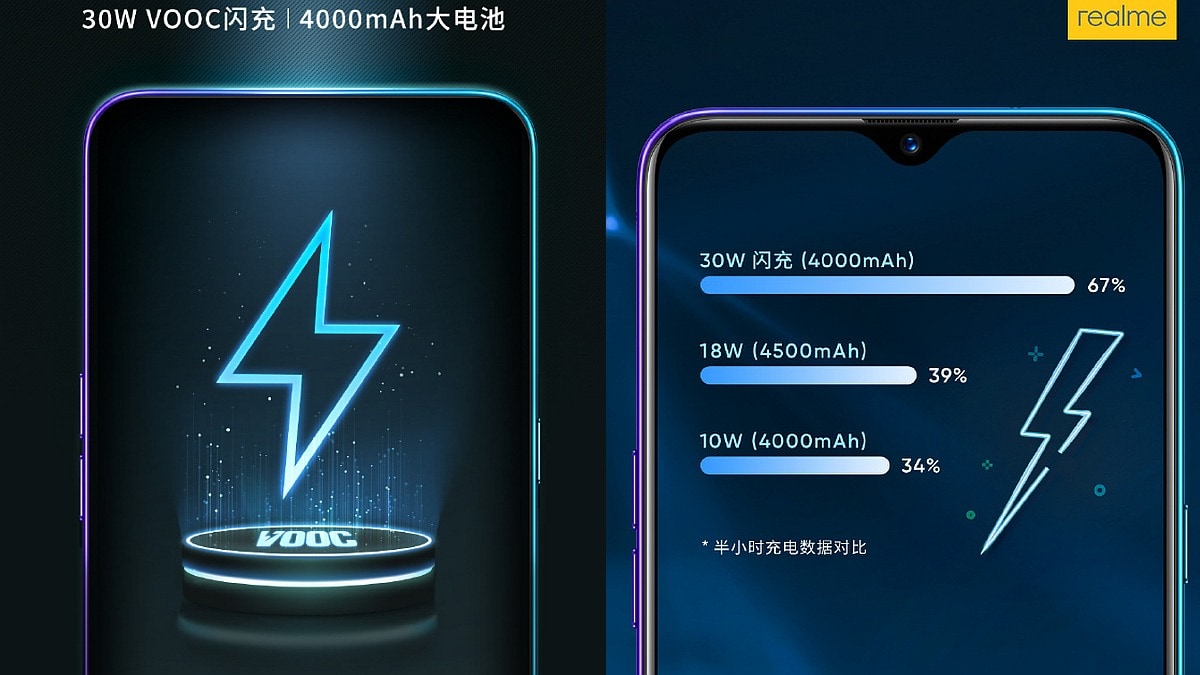 Realme X2 will be powered by a 4,000mAh battery, the Chinese smartphone manufacturer has revealed would be launched in China on September 24. It also shared a poster of X2’s rear design on Chinese social network Weibo. The company had earlier in the week revealed that the Realme X2 would feature the 30W VOOC 4.0 Flash Charge fast charging tech and a Snapdragon 730G SoC.

The latest Weibo post confirms a 4,000mAh battery on the Realme X2, and reiterates the presence of the 30W VOOC 4.0 Flash Charge tech that was teased earlier this week alongside a 32-megapixel selfie camera and a Qualcomm Snapdragon 730G SoC that’s optimised for gaming.

The Realme XT 730G reveal showed it would have a Super AMOLED display with an in-display fingerprint sensor, a Qualcomm Snapdragon 730G SoC, a 4,000mAh battery, 30W VOOC flash charge, a 64-megapixel quad rear camera setup. Realme Chief Marketing Officer Xu Qi Chase had earlier posted an image on his Weibo account revealing that the phone will be available in at least two colour variants