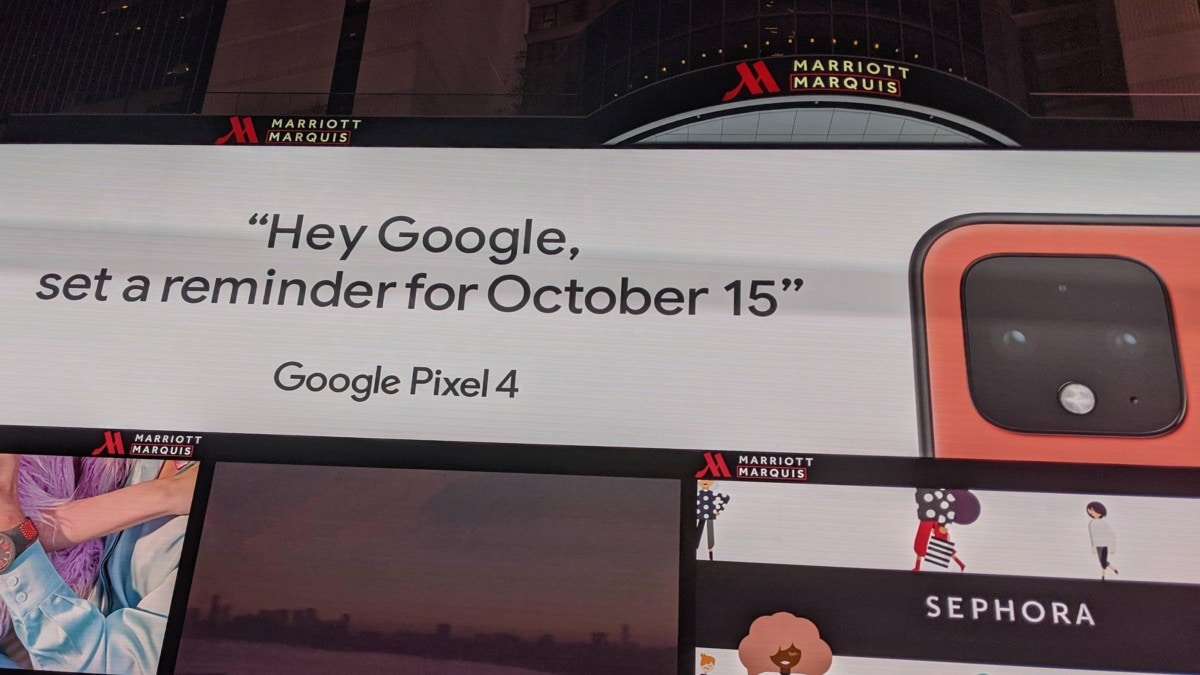 The Pixel 4 duo is expected to come in black, coral, and white colour options

Google Pixel 4 duo has been leaked more times than we can remember, but Google is apparently unfazed by it all. In fact, Google is willing to give fans a second look at the phone before it goes official. The company has plastered a huge digital billboard in New York’s Times Square teasing the Pixel 4’s launch on October 15, accompanied by an image of the phone’s coral variant. The peppy coral orange colour scheme and the contrasting square camera module with a black background can be seen clearly on the billboard, and they all look familiar, thanks to the numerous leaks that have surfaced in the past few weeks.

We have seen the Pixel 4’s coral variant in multiple leaked images and even videos. And now, Google has validated those leaks by showcasing the Pixel 4’s coral avatar on a giant billboard, and that too, in probably one of the most famous and crowded places on the planet. With the plethora of Pixel 4 leaks that have left little to be revealed for the official announcement, Google must have thought another early sneak peek is the way to keep up the hype.