Rally for Rivers was purely an awareness campaign to get people’s support to change the policy of how we treat our rivers. I personally drove 9,300 kilometers in thirty days. During that time, I spoke at 142 events along the way and gave over 180 interviews.

The whole idea was for it to become a national movement. 162 million people supported the campaign, which is the largest number of people to support any one movement in just thirty days, anywhere in the world. 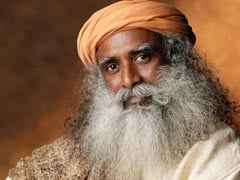 The Voice of the People

Once there was such support from people, the government could not ignore it. We presented the 760-page Rally for Rivers recommendation to the Central government. Approximately sixteen hours after I gave it to the Prime Minister, he set up a special committee to look at the recommendations.

Then it went to the NITI Aayog, which is India’s planning body. They put it through the scientific test. Once they saw that it passes all that, they made it the official recommendation for all the twenty-nine states in the country.

It has never happened in the history of independent India that the government actually put a private organization’s name on a policy. But they did it with the river revitalization recommendation because they saw the magnitude of what we have done.

During the rally, when I drove through the sixteen states, there were six different parties that had formed the governments in these sixteen states. For the first time in the last thirty to forty years, these six parties of different types of political people stood up and supported this.

Rally for Rivers to Cauvery Calling

We have another ongoing project in Maharashtra, in the Yavatmal region. The project is on a fifty-four kilometer river called Waghari – a sub-tributary of Godavari. We are working with the government and our volunteers are on the ground, living and working there.

Tags: On His Mission, Sadhguru Blogs