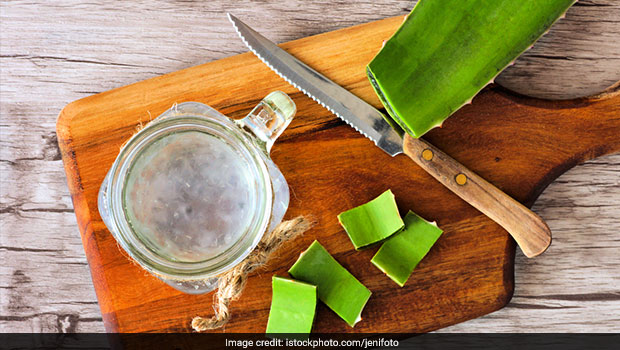 Aloe vera is one of the most well-known and widely used plants that is known for its medicinal and general health benefits. It is not only considered great for health of the body, but is also said to be great for the skin and hair. Also known as ghritkumari in Hindi, aloe vera has found widespread acceptance around the world, due to its many incredible health benefits, as well as relative ease of growing it. Aloe plants can be found in the kitchen gardens and indoor potted plant gardens of numerous houses, because the plant grows easily and quickly. It requires minimal care and the gel from the leaves, which is the main edible part, can also be easily extracted and put to various uses.

A lot of people only use aloe vera and its products to improve the quality of their skin and hair. Aloe vera juices are widely available in grocery stores and online. But aloe vera is said to be at its nutritional best, when consumed raw and unprocessed. This is why it is grown at homes and often used in foods and drinks. It has a mild herbaceous flavour and almost a neutral taste, which is what makes it a healthy ingredient to add to your diet. Let’s look at the health benefits of aloe vera, before looking at the various ways that we can add it to our diets.