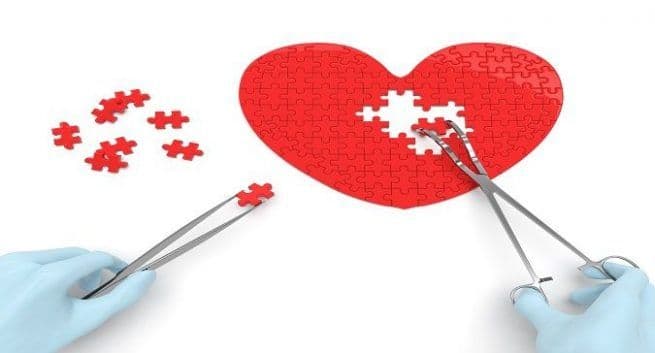 In line with the Make in India initiative, global medical device maker Meril Life Sciences on Saturday launched its first indigenously designed and manufactured artificial aortic valve for patients who are at a high risk or unwilling to undergo open heart valve replacement surgery.

The Transcatheter Aortic Heart Valve Replacement (TAVR), which will be sold under the brand name “Myval”, is a minimally invasive procedure in which the doctor places an artificial valve into the patient’s diseased valve via a catheter inserted through the femoral artery (the large artery in the groin).

It is an alternative way to replace diseased valves without undergoing a traditional open heart procedure, which some patients may not receive well.

“Meril is the first Indian company to commercially make this therapy available in the country. Through the commercialisation of this technology, Meril will soon bring the next generation treatment modality to thousands of patients across the country and globally,” said Sanjeev Bhatt, VP Corporate Strategy, Meril Life Sciences.

TAVR has been dominated by US-based medical devices makers Medtronics and Edwards Lifesciences.

“The novel Myval technology is associated with zero new pacemaker implantation rates post procedure (which is an important benefit for the patient already treated for valve replacement). The pacemaker is an additional device that may be placed post TAVR procedure,” Bhatt told IANS.

“Keeping healthcare for all in mind, the price of the technology will be well within the range,” he added.

The company has also received an approval from the Indian drug regulator Central Drugs Standard Control Organisation (CDSCO) for commercialisation of TAVR.

The approval is based on successful results from a clinical trial done in India, involving 14 hospitals — Fortis and Medanta-The Medicity and Eternal Hospital, Jaipur, to name a few, Bhatt said.

“The development of this valve, which is implanted non-surgically through a catheter is a great achievement for the ‘Made in India’ initiative that such an important R&D has happened from India in a field which till now has been dominated by only American devices,” Principal Investigator Ashok Seth, Chairman of Fortis Escorts Heart Institute, told IANS.

TAVR is increasingly becoming a preferred alternative for surgical valve replacement because it is associated with faster recovery time.

“The first patient to receive Myval has completed 1.5 years and is living a symptom-free productive life. The valve was effective in relieving the patient’s symptoms and reducing the death and hospitalisation from the aortic stenosis,” according to Ravinder Singh Rao, Interventional Cardiologist at Eternal.

“Myval TAVR technology will be a boon for millions of patients suffering from aortic stenosis,” Rao said.

No major adverse cardiac, cerebral and renal events were observed at six-months follow-up and zero mortality among the patients in the trial.