Nest is an Alphabet-owned company that has been under the radar for a long while now. The company, which was founded by Tony Fadell and Matt Rogers, is remembered for its thermostat that synchs to the Internet and learns from user habits. After years of dormancy and Fadell’s departure in 2016, Nest has once again risen with a new intelligent indoor monitoring camera called the Nest Cam IQ.

The circular shape of the camera looks quite similar to the thermostat, but it is an entirely different product which is priced at $299 (roughly Rs. 19,200). The Nest Cam IQ comes with a 4K video sensor for capturing videos. But the camera doesn’t always use the higher resolution. Instead, it normally shoots 1080p footage, and keeps the 4K capabilities for important matters like detecting when something is wrong at home, or when an intruder breaks in.

The intelligent Nest Cam IQ will send an alert if it notices anything funny in its visual range. There a few neat ways in which it does this. It uses Google’s deep learning technology to detect movement in field of view and send alert with a zoomed in capture of the person in the view. There’s also what the company calls Nest Aware that is able to recognise faces, and pick up audio sounds for alarm due to the camera’s powerful hexa-core processor, but they will only be available if you subscribe to the Nest Aware service at $10 per month or $100 annually. 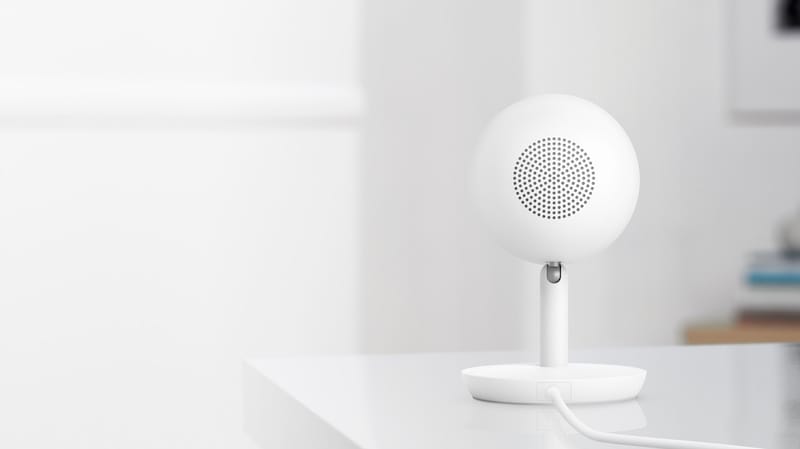 Over at the back of the camera, there’s a notable speaker grille that can loudly alert and scare off intruders, and can act as a microphone with noise cancellation for a clearer sound. The camera also comes with a night vision mode thanks to its two infrared LEDs which are almost invisible to the human eye. There’s a multicolor LED on the outer rim that lets you know when the Nest Cam IQ’s camera is active.

The Nest Cam IQ is currently available for pre-order in the US with France, the Netherlands, Belgium, and Ireland to follow soon. Germany, Austria, Italy, and Spain will also get to pre-order the camera on June 13, and the first batch of Cam IQs will be shipped by the end of the month.