Oppo launched the F3 smartphone earlier this month in India, and has made it available in the Gold colour variant since then. Now, the company has announced a Oppo F3 Black Edition. Apart from the colour, the specifications and price remain the same. The Oppo F3 smartphone is priced at Rs. 19,990 in India.

Oppo, being the official sponsor for the Indian Cricket team is launching the Black Edition to commemorate the commencement of the ICC Champions Trophy. The Oppo F3 BCCI Limited Edition that will be auctioned one day before (Saturday, June 3) the India vs. Pakistan match (Sunday, June 4). The auction will happen on the website, and the entire proceeds will be donated to the Cricket Association for the Blind in India (CABI) NGO.

This limited edition smartphone will have the BCCI logo as well. Separately, Oppo has also tweeted that the Oppo F3 Black Edition will be made available on June 4, presumably in retail and online stores as well. 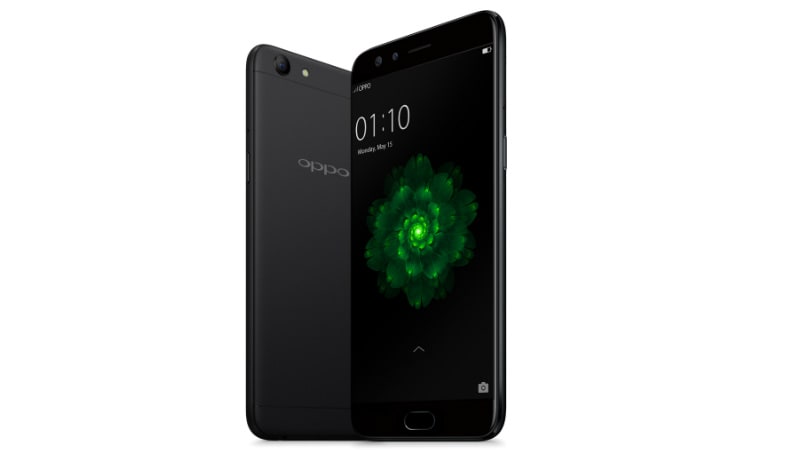 On the launch of the black version of Oppo F3, Will Yang, Brand Director, Oppo India said in a statement, “The colour ‘Black’ is synonymous with style and suave. With a stylish edge to the new Oppo F3, we aim to give consumers a chance to make a style statement. With this auction, we aim to contribute towards the growth of the sport in India. We are proud and honoured to have this opportunity and be associated with the most loved sport in India.”

The Oppo F3 Black Limited Edition, and it sports a dual selfie camera with one 16-, and double view wide-angle camera that has an 8-megapixel sensor. The Oppo F3 also bears a fingerprint sensor on the home button, said to unlock the smartphone in as little as 0.2 seconds. The dual-SIM (Nano-SIM) Oppo F3 runs ColorOS 3.0 based on Android 6.0 Marshmallow.

The Oppo F3 bears a 5.5-inch full-HD (1080×1920 pixels) In-Cell TFT 2.5D curved display with Corning Gorilla Glass 5 protection and 401ppi pixel density. It is powered by a 1.5GHz MediaTek MT6750T6 octa-core SoC coupled with with Mali-T860 GPU and 4GB of RAM. The Oppo F3 sports 64GB of inbuilt storage that’s expandable via a dedicated microSD card (up to 128GB). The smartphone bears a triple-slot tray, letting users utilise two SIM cards and one microSD card at the same time.