To Christian Dior, he was “the master of us all”. Oscar de la Renta believed he was the only fashion designer “who never did anything in bad taste”, and his protege, Hubert de Givenchy, called him “my religion”.

While Cristóbal Balenciaga is revered throughout fashion history, his name has been overshadowed on the world stage by the blockbuster names of Dior and Chanel. But Balenciaga: Shaping Fashion – which opens at the V&A on 27 May – aims to change that, channelling the fashion week buzz around Balenciaga’s current avant-garde designer, Demna Gvasalia, in order to make 2017, the house’s centenary year, a fashion moment.

Unveiling details of the exhibition on Wednesday, the curator Cassie Davies-Strodder said it would focus on Balenciaga’s “uncompromising creativity”, framing the designer, who died in 1972, as the revolutionary godfather of the avant-garde clothes currently making catwalk headlines. 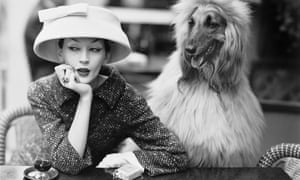 The timing is perfect, coming at a time when the brand is at a creative high water mark. Gvasalia is also the subversive force behind Vetements, the label that last week piggybacked on to Paris haute couture week, seizing an audacious slot on the schedule between Chanel and Armani to showcase plastic anoraks and oversized nylon sportswear on the ground floor of Paris’s Pompidou Centre. The most recent Balenciaga menswear show, staged in the French capital the day before Donald Trump’s inauguration, was a catwalk homage to his former Democratic rival in the primaries, Bernie Sanders, complete with red, white and blue lapel pins and political rally flags reconfigured as accessories.

The success of exhibitions such as Savage Beauty, the V&A’s Alexander McQueen retrospective, has underlined the potential for fashion to bring a wider audience into museums.

To maximise a young audience drawn to glamour, trend and pop cultural relevance but less engrossed by the details of garment construction, the first room of Shaping Fashion will be entitled Front of House, and will spotlight the experience of shopping at and wearing Balenciaga during its heyday as the most expensive and exclusive couture house in Paris, rather than the forensics of fabric and cut. Fans of forensic detail will be sated, in a subsequent room, by new x-ray technology which exposes the inner secrets of Balenciaga’s complex silhouettes.

Balenciaga’s most significant contribution to fashion was to present a vision of glamour without a waist. Hot on the heels of Dior’s hourglass New Look, his sack-back dress and cocoon coat were revolutionary. By building architectural space between his clients’ bodies and what they wore, Balenciaga made clothes which were expressive, rather than restrictive. He once said women did not have to be perfect or beautiful to wear his clothes, because his clothes would make them beautiful.