The tool makes use Android 7.0’s freeform mode, which allows app windows to be resized and moved around and allows users to run native applications on Linux on the side as well, as pointed out by Android Police. Interestingly, unlike other software, Anbox doesn’t use emulation and runs the Android applications in a sandboxed Linux subsystem, as per the report.

“Anbox puts the Android operating system into a container, abstracts hardware access and integrates core system services into a GNU/Linux system. Every Android application will behave integrated into your operating system like any other native application,” the description of the tool says on its website. 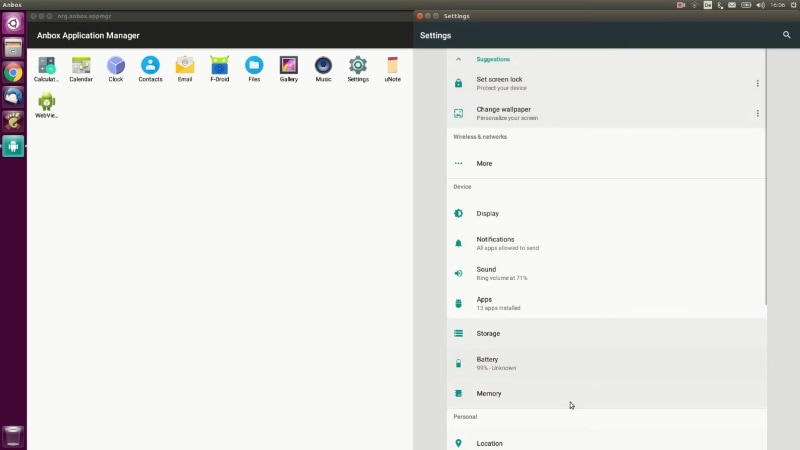 In order to keep the Android operating system separate from the host, Anbox uses standard Linux technologies like containers (LXC), as per its website. With the help of Android Open Source project, the tool tries to keep up with the latest version of Android as well.

The developers behind the tool say that as the Android operating system is sandboxed in a container, Android app’s don’t have a direct access to user’s data.

Notably, users will have to use ADB to install third-party applications as Anbox doesn’t come along with a pre-installed app store, AP notes. Further, Ubuntu 16.04 LTS or later versions are officially supported as of now.