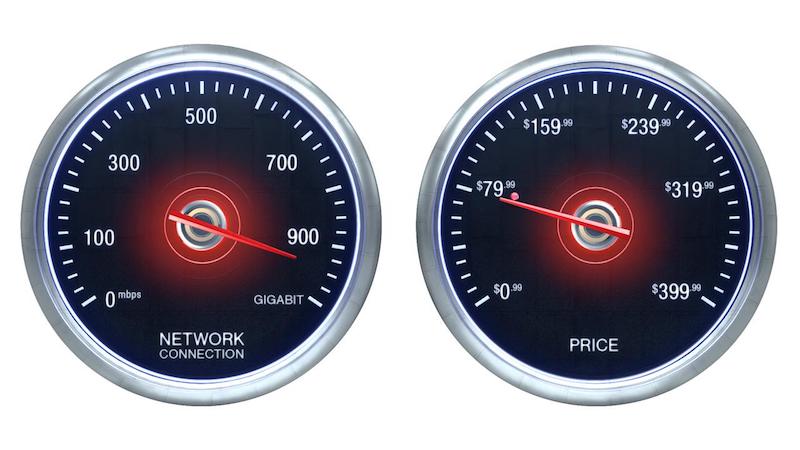 Verizon has launched a faster version of its FiOS Internet service that can reach download speeds of up to 940Mbps per second, the company said Monday.

By taking the leap into “gigabit” service, Verizon is becoming the latest company to compete with Comcast, Google Fiber and others at that speed tier.

The product, known as FiOS Gigabit Connection, is available now in eight US markets on the east coast, including New York; New Jersey; Philadelphia; Richmond; Hampton Roads, Va.; Boston; Providence, R.I.; and Washington, D.C. It costs $70 a month as a stand-alone product or $80 if purchased as part of a triple-play bundle, according to the company.

Those prices are comparable to that of Google Fiber, which has attracted much attention in recent years for bringing ultrafast connections to places such as Austin and Kansas City. At a gigabit per second, Internet users can download an entire HD movie in a matter of seconds. On average, Americans receive a download speed of just 17Mbps, according to the Internet analysis firm Akamai – a fraction of what a gigabit connection represents.
But providing gigabit service comes with steep costs for Internet providers. In October, Google Fiber said it would no longer be rolling out to new cities, as part of a shift to focus on wireless Internet access. And years ago, Verizon also said it would stop expanding its FiOS footprint. The city of New York has sued Verizon over allegations that the company failed to fulfill its build-out commitments.

But last year, Verizon announced it would be building new FiOS facilities in Boston. And now, it appears to be opening up faster lanes for Internet users on the Eastern Seaboard. As many as 8 million households are eligible to sign up for the gigabit service, the company said – a figure that represents about 57 percent of its total home Internet customer base.

The news comes days after a bruising earnings report showing Verizon – for the first time – lost more subscribers in its cellphone business than it gained.