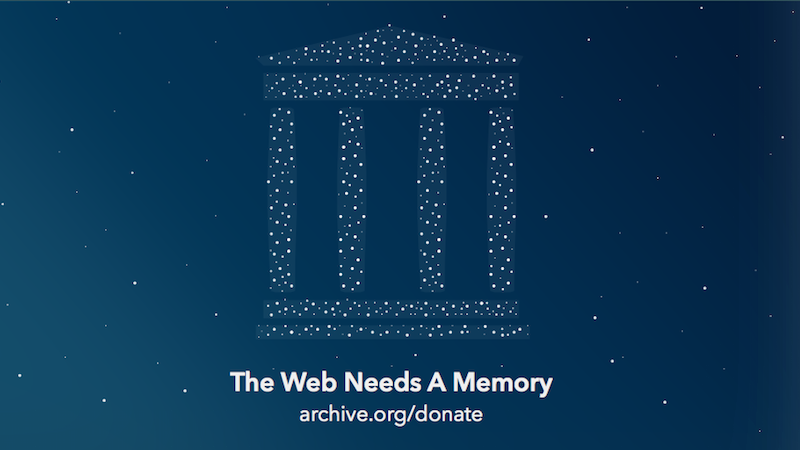 Donald Trump rattled a lot of feathers after being elected President of the United States. The election not only shocked the general public but shook up the tech world as well. Fear of a Trump administration adopting new policies toward encryption, surveillance, manufacturing, and Internet regulation already has tech giants unnerved. While it is still not clear what Trump’s administration has planned for the technology exactly, some are unwilling to wait.

The San Francisco-based Internet Archive, which is a digital library that is home to billions of archived webpages, has announced that it plans to move its data to Canada – a popular destination post the US election. The Internet Archive’s move comes fearing the risks that the Trump administration poses on its archive.

The concern was voiced by founder Brewster Kahle, who in a blog post urged users to make donations to help backup its data in Canada, which would otherwise “cost millions”.

“On November 9th in America, we woke up to a new administration promising radical change. For us, it means keeping our cultural materials safe, private and perpetually accessible. It means preparing for a Web that may face greater restrictions. It means serving patrons in a world in which government surveillance is not going away; indeed it looks like it will increase.”

Kahle’s concern reflects a popular belief among the tech industry presently. Trump has been critical of the recent announced merger of AT&T and Time Warner, which he has threatened to block. Earlier this year, Trump took on Apple, voting against the encryption of the iPhone in the San Bernardino case.

Indeed there is a lot of uncertainty over the future of privacy and encryption, and for a digital library as huge as the Internet Archive, the concern seems valid to say the least. Interestingly, Canada many people were ready to move to Canada immediately after the results, which led to the Candian Immigration website to crash.